Current Position: Home>>RESOURCES>>Topics >>Review on Neuroscience and Top 10 News in 2017

Neuroscience is the study of the nervous system, which includes the brain, spinal cord, and nerves. The brain controls every aspect of the body, from emotion and memory to basic bodily activities such as movement, breathing, and controlling the heartbeat. Neuroscience is largely about the study of behavior—why do we do what we do, and how does the brain carry out these tasks? It is also concerned with the causes and treatment of nervous system disorders.[1]

The ancient Egyptians thought the seat of intelligence was in the heart. Because of this belief, during the mummification process, they would remove the brain but leave the heart in the body. The ancient Greeks were among the first people to study the brain. They attempted to understand the role of the brain and how it worked and to explain neural disorders. According to an article in Scientific American, Aristotle, the Greek philosopher, had a theory that the brain was a blood-cooling mechanism. Pierre Paul Broca (1824-1880) was a French physician, surgeon, and anatomist. He worked with patients who had brain damage. He concluded that different regions in the brain were involved in specific functions. 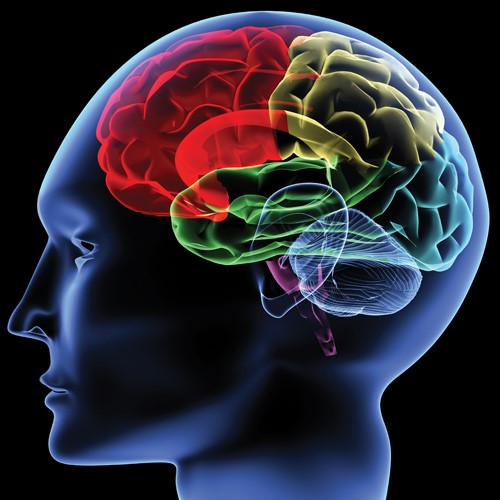 The brain’s time-keepers: Neurons in the forebrain and mid-brain fire rhythmically at different time intervals to help us coordinate our movements and behaviour.


The part of the brain known as Broca's area is responsible for some speech and other functions [2].Damage to this area during a stroke can lead to Broca's aphasia, when a person can no longer produce accurate or coherent speech. In the 19th century, von Hemholtz, a German physician and physicist, measured the speed at which nerve cells produced electrical impulses. During 1873, Gamillo Golgi, an Italian physician, pathologist, and scientist, used silver chromate salt to see what neurons looked like. Early in the 20th century, Santiago Ramón y Cajal, a Spanish pathologist, histologist, and neuroscientist, hypothesized that the neurons are independent nerve cell units [3].In 1906, Golgi and Cajal jointly received the Nobel Prize in Physiology or Medicine for their work and categorization of neurons in the brain. Since the 1950s, research and practice in modern neurology have made great strides, leading to developments in the treatment of stroke, cardiovascular disease, multiple sclerosis (MS) and other conditions. Scientific developments have enabled neuroscientists to study the nervous system's structure, functions, development, abnormalities, and ways it can be altered.

The following branches of neuroscience, based on research areas and subjects of study can be broadly categorized in the following disciplines (neuroscientists usually cover several branches at the same time)[4]:

Neuroscience affects many, if not all, human functions, but it also contributes to a better understanding of a wide range of common conditions.These include:

A greater understanding of neurological factors can help in developing medications and other strategies to treat and prevent these and many other health issues. 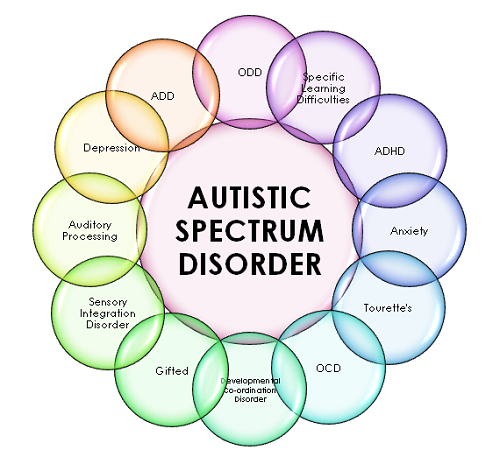 Autism Spectrum Disorders include a range of group of developmental brain disorders. "Spectrum" refers to the wide rangen of symptoms, skills, and levels of impairmet, or disability, that children with ASD can have.

2017 has been a bumper year for discoveries and breakthroughs in neuroscience research. In this year alone: scientists solved the structure of the misfolded tau protein, discovered a new function of the hippocampus and, found that the brain has a lymph system. Researchers also: revealed a novel type of synaptic plasticity, treated severely-depressed patients with magic mushrooms, repurposed an antidepressant and a cancer drug to treat neurodegenerative diseases, and used Avatar therapy to treat schizophrenia. This list details the top ten research news stories and key moments from last year [5].

1. The structure of the misfolded tau protein has been solved

Fundamental to good drug design is having a decent structural representation of the molecule you are designing a compound to target. Work from Sjors Scheres and Michel Goedert’s groups at the MRC’s Laboratory of Molecular Biology, Cambridge, UK, used Cryo-EM to solve the 3D structure of the misfolded tau protein which forms dementia causing fibrillary tangles. The researchers identified that the current assumed structure used in drug discovery was not representative. This research will enable scientists to develop better-targeted compounds to treat neurodegenerative disease.

2. The hippocampus is the beating heart of the brain

A team led by Prof. Ed Wu at the University of Hong Kong revealed that low frequency (1Hz) oscillations in the hippocampus help to synchronize activity in the brain. They used Optogenetics and resting-state fMRI to explore the role of the slow hippocampal-cortical oscillatory activity in controlling and connecting different areas of the brain. Their findings increase our understanding of functional brain connectivity.

3. The brain has a lymph system

Rewrite the medical textbooks! Research from Dr. Daniel Reich’s lab at the NIH’s National Institute of Neurological Disorders and Stroke (NINDS) showed that the brain does in fact have a lymph system. The scientists retuned their MRI scanner to observe lymph draining from the meninges of the brain. These findings will help us further understand how our brains remove waste toxins from our tissue.

In October this year, the Allen Institute for Brain Science added the first data from human nerve cells to the Allen Cell Types Database: a publicly available tool for researchers to explore and understand the building blocks of the human brain. This open-access data repository will enable scientists the world over to interpret the data. Speeding up advances in our understanding of the brain.

In July we reported on Mozak, a game invented by scientists at the University of Washington that can be used by members of the public to map the shape and structure of brain cells. Scientists at the Allen Institute use reconstructions from Mozak to better understand cell morphologies and help their brain mapping efforts. 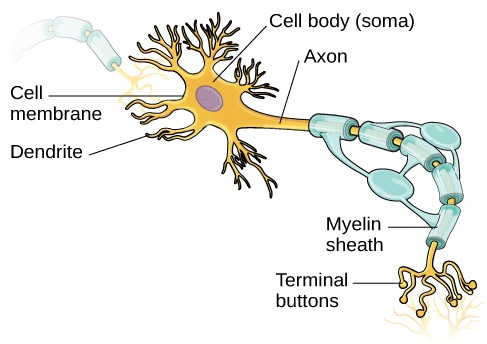 An illustration shows a neuron with labeled parts for the cell membrane, dendrite, cell


6. AI uses brain network system to learn for itself

In October this year, Demis Hassabis’ DeepMind artificial intelligence system AlphaGo Zero learned how to play the board game ‘Go’ by itself, tabula rasa, from scratch. Using algorithms based on brain networks this system learned to play Go and then beat the current champion, its predecessor AlphaGo. Advances in AI will lead to improvements in healthcare as well as many other sectors.

How do scientists map brain circuits? One technique involves injecting viruses into brain tissue to infect cells with genetic material that makes them produce a colored protein or a light-activatable channel. A team of scientists headed by Dr. Marco Tripodi at the MRC’s Laboratory of Molecular Biology successfully modified the rabies virus routinely used as a retrograde tracer in brain circuit studies, to self-inactivate. Overcoming the problem of toxicity caused by the virus, meaning scientists now have long-term access to the cells genetic machinery.

In a world first, neuroscientists across the world are joining forces in a large-scale collaboration called the International Brain Lab that aims to understand how the brain computes choices and makes decisions from the level of the individual cells up to the coordinated activity of a network. They will do this by recording from different areas of the brain of a mouse whilst the animal performs the same task in the same arena. This collaborative approach will significantly speed up our understanding of brain computation.

9. A new ultrasensitive brain probe has been developed

Launched in November, the Neuropixels probes enable observation of the activity of hundreds of neurons simultaneously at a level of resolution previously unachievable. This higher resolution enables scientists to better listen to brain cell activity, distinguishing between individual cells and processes amongst a crowd. These probes will be used by the International Brain Lab to aid their investigations of decision making.

10. A new drug to fight Huntington’s disease has been developed

In December, UCL researchers led by Prof. Sarah Tabrizi published their findings of an antisense oligonucleotide treatment they had been trailing in Huntington’s disease sufferers. They showed the drug was efficacious and well tolerated, meaning it can move forward into further trials in patients.

3. Guillery, R. W. (2005). Observations of synaptic structures: origins of the neuron doctrine and its current status. Philosophical transactions of the royal society of london b: biological sciences, 360(1458), 1281-1307.

Next： Risk Factors and Treatment of Depression