Current Position: Home>>RESOURCES>>Topics >>Do You Really Know About Peptides?

Do You Really Know About Peptides? 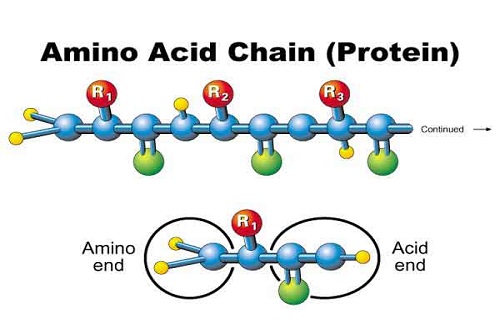 On the basis of production, peptides have the following classes. 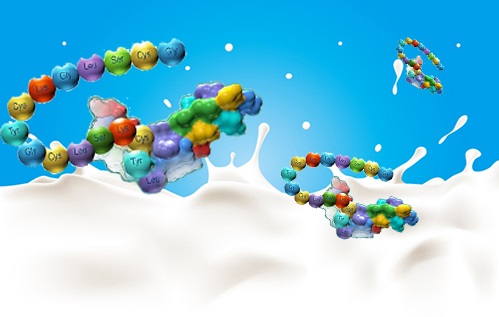 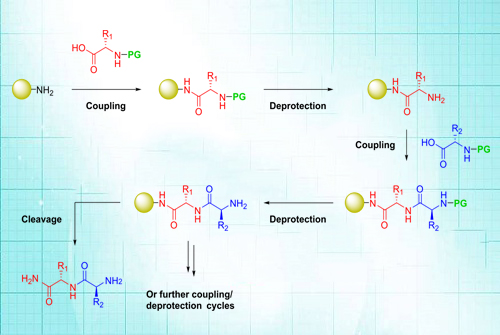 Fig: The above figure shows the solid-phase synthesis of a dipeptide using an (amine-functionalized) amide resin. The N-terminal protecting group (PG) can be Fmoc or Boc, depending on the protecting group scheme used (see below). The amino acid side chains (R1, R2 etc.) are orthogonally protected.

There are many functions of peptides. Some of the important functions on the basis of particular amino acids are given below.

3.1 Alkaloids: Alkaloids are present in plants, fungi and small plants. They act as a defense mechanism in these organisms.

3.2 Antibiotics: These type of peptides help to prevent the growth of microorganism inside our bodies and usually used as a medicine (8).

3.3  Hormones: These types of peptides have a role to carry out signals from cell to cell. These are present in intestines, liver and kidneys (8).

3.4  Neuropeptides: These peptides are present in various location of the neural tissue. Neuropeptides have the function to regulate and to carry signal to the brain. E.g. endorphins.

4. Hahn, Martin, and Torsten Stachelhaus. "Selective interaction between nonribosomal peptide synthetases is facilitated by short communication-mediating domains." Proceedings of the National Academy of Sciences of the United States of America101, no. 44 (2004): 15585-15590.

Prev： One Article Takes You Through The Lens of Cancer

Next： A Comprehensive Interpretation of Proteins