You can choose no more than 2 products

A Comprehensive Interpretation of Proteins

1). Proteins are the main structural components of the cytoskeleton.

2). They are the sole source to replace Nitrogen of the body.

4). Proteins known as immunoglobulins serve as the first line of defence against bacterial and viral infections.

5). Several hormones are protein in nature.

6). Structural proteins furnish mechanical support and some of them like actin and myosin are contractile proteins and help in the movement of muscle fibre, microvilli etc.

7). Some proteins present in cell membrane, cytoplasm and nucleus of the cell act as receptors.

8). The transport proteins carry out the function of transporting specific substances either across the membrane or in the body fluids [1&2].

All the proteins with the exception of crystalline few are amorphous colloids with no characteristic melting point [1, 2 &7].

Proteins are generally tasteless. A few are bitter and they include proteoses, peptones, polypeptides and amino acids.

Most proteins are irreversibly coagulated when heated. They undergo a change in solubility, molecular shape, size, biological activity and susceptibility to enzymes. That is why; we say that the proteins have been denatured.

Different proteins are coagulated by the addition of different concentrations of suitable salts.

Viscosity of proteins depends more upon the shape of the molecule and less on the size of the molecule. Less symmetrical is the molecule, greater will be its viscosity. Thus viscosity determines the blood pressure in the artries and other blood capillaries.

All the proteins possess optical activity due to presence of amino acids as their constituents. 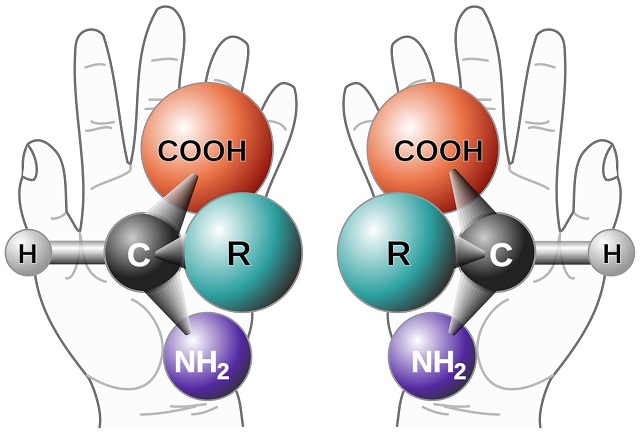 Like carbohydrates and lipids, the proteins are important constituents of daily diet. They act as important body fuel. Their calorific value is 4 calories per g. When human food is deficient in carbohydrates which are instantaneous source of energy, the deficiency is made up protein mobilization.

These ar the structural constituents of the various cell, and tissues. Collagen, for example, is synthesized by fibroblasts and is the major extracellular protein of the connective tissue and bone. Glycoproteins form cell coats and walls [1& 6].

These store certain species after conjugation with them. For example ferritin stores iron in spleen, oval albumin, gliadin and zein are the storage proteins of egg, milk, wheat and corn respectively [2].

The protective proteins play an important role in the blood of vertebrates. Antibodies present in the blood defend the body against antigens, the proteins which after their entry inside the body cause a disease to process [9].

These proteins reversibly bind certain molecules and thus are capable of transporting them from one site to another via blood stream. For example, serum albumin binds free fatty-acids and transports them from liver to the adipose tissue [1&2].

These are the proteins with toxic effects. Generally they are secreted by micro-organisms [7].

Protein structure is normally described at four levels of organization.

Primary structure is the linear sequence of amino acids held together by peptide bonds in its peptide chain. The peptide bonds form the backbone and side chains of amino acid residues project outside the peptide backbone. The free- 2H N group of the terminal amino acid is called as N-terminal end and the free · COOH end is called as C-terminal end. It is a tradition to number the amino acids from N-terminal end as No.1 towards the C-terminal end. Presence of specific Aminoacids at a specific number is very significant for a particular function of a protein. Any change in the sequence is abnormal and may affect the function and properties of protein [1, 2, 3 & 4].

The peptide chain thus formed assumes a three dimensional secondary structure by way of folding or coiling consisting of a helically-coiled, zig-zag, linear or mixed form. It results from the steric relationship between amino acids located relatively near each other in the peptide chain. The linkages or bonds involved in the secondary structure formation are hydrogen bonds and disulfide bonds [1, 5 &7].

These are weak, low energy non-covalent bonds sharing single hydrogen by two electronegative atoms such as O and N.I

These are formed between two cysteine residues. They are strong, high energy covalent bonds.

The polypeptide chain with secondary structure mentioned above may be furtpher folded, super folded twisted about itself forming many sizes. Such a structural conformation is called tertiary structure. It is only one such conformation which is biologically active and protein in this conformation is called as native protein. Thus the tertiary structure is constituted by steric relationship between the amino acids located far apart but brought closer by folding. The bonds responsible for interaction between groups of amino acids are as follows [1, 6, 8 & 9]:

Normally occur between nonpolar side chains of amio acids such as alanine, leucine, methionine, isoleucine and phenylalanine. They constitute the major stabilizing forces for tertiary structure forming a compact three-dimensional structure.

Normally formed by the polar side chains of the aminoacids.

These are formed between oppositely charged polar side chains of amino acids, such as basic and acidic amino acids.

Occur between nonpolar side chains.

These are the S-S bonds between SH groups of distant cysteine residues.

Many proteins are made up of only one peptide chain. However, when a protein consists of two or more peptide chains held together by non-covalent interactions or by covalent cross-links, it is referred to as the quaternary structure. The assembly is often called as oligomer and each constituent peptide chain is called as monomer or subunit. The monomers of oligomeric protein can be identical or quite different in primary, secondary or tertiary structure. 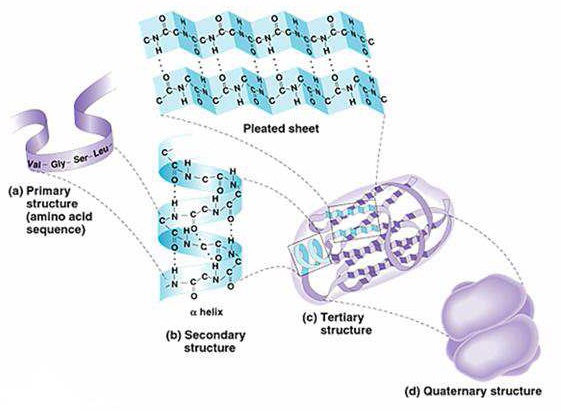 Prev： Do You Really Know About Peptides?

Next： Review on Progesterone