Institution of the first author: Huazhong University of Science and Technology

Institution of the corresponding author: Huazhong University of Science and Technology

Dementia due to Alzheimer’s disease (AD) is general in senior citizens. Targeting β-amyloid (Aβ) and tau have been proved to suitable remedies in stopping AD progression. A remarkable decline of adult hippocampal neurogenesis (AHN) was observed in AD patients and animals and this decline seems to occur even before the onset of AD. Understanding how the fate of AHN is determined by AD pathological factors is cardinal for efficiently introducing neurogenesis, from either innate or grafted NSCs. Tau pathology is crucial in AD progression. Given the important role of GABAergic tempos in maintaining the NSC quiescence and shaping AHN, it was hypothesized that tau accumulation, especially that in GABAergic interneurons, contributes to the AHN deficits in AD brains through dysregulating GABAergic transmissions and disrupting neural network dynamics in the hippocampal neurogenic niche.

1. To investigate how hTau aggregation dysregulates AHN in AD.

In this study, human brain sections, mice model, and in vitro experiments were used to determine impairment of interneuron accumulation of phosphorylated Tau for adult hippocampal neurogenesis by suppressing GABAergic transmission.

1. A remarkable accumulation of pTau was observed in the SGZ and hilus of AD patients and AD mice. And the majority of those pTau-positive cells was identified as GABAergic interneurons by co-labeling with glutamate decarboxylase 67 (GAD67), parvalbumin (PV), and somatostatin (SST). 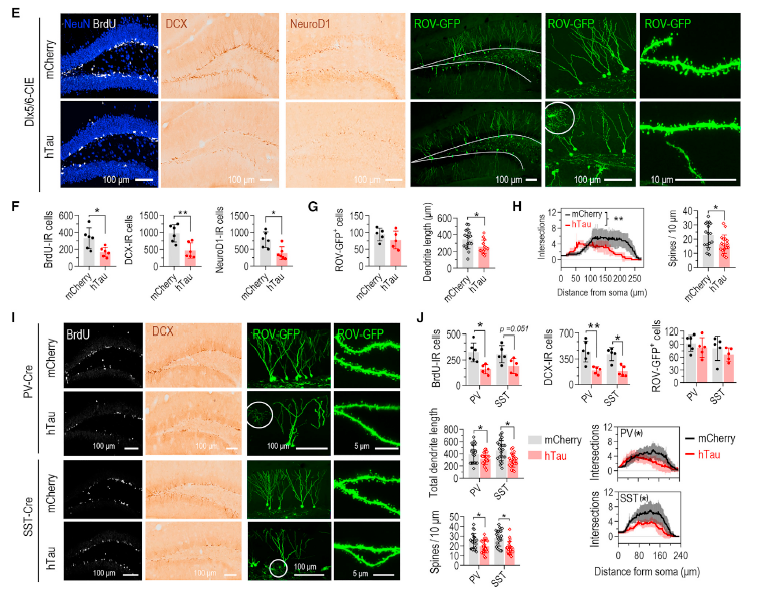 5. It was found that interneuron contributed in hTau-accumulation-induced neural network hyperactivation to the AHN deficits, which can be partly rescued by chemogenic inhibition of local excitatory neurons 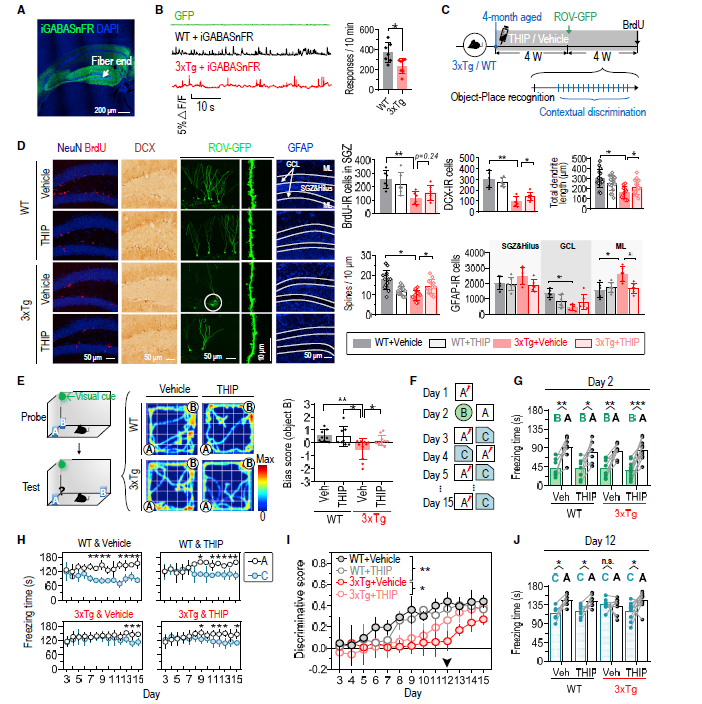 1. It was found that Phospho-tau accumulation in DG GABAergic interneurons of both AD patients and mice.

3. THIP, a δ-GABAAR agonist can improve neurogenesis and cognition in AD mice

Looking for products for COVID-19 research?