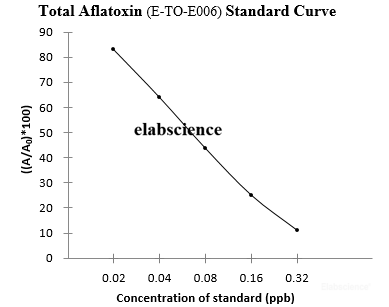 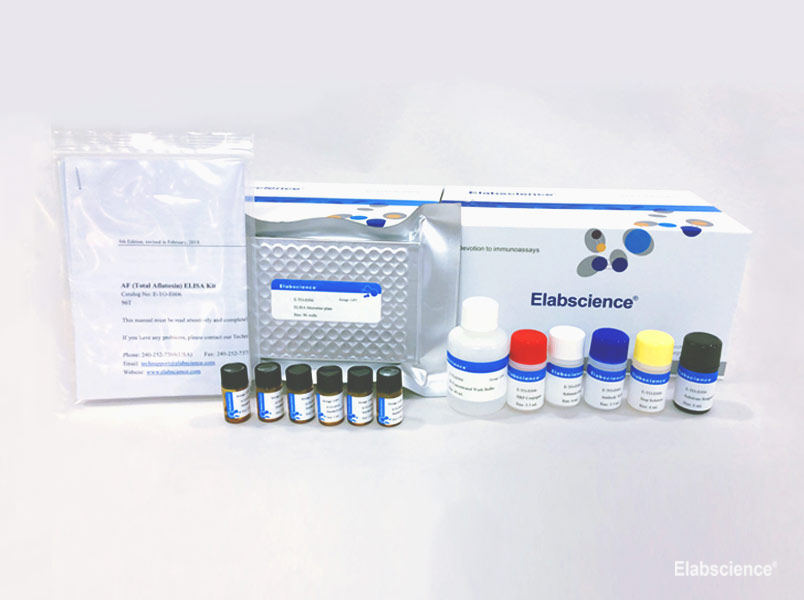 Total Aflatoxin are mycotoxins produced by Aspergillus flavus and Aspergillus parasiticus due to some reasons, and they are widely distributed in nature. There are about 20 kinds of its derivatives, of which aflatoxin B1 has the strongest toxicity and the strongest carcinogenicity. Aflatoxin have been found in pet and human food and raw materials for agricultural animals. As aflatoxin can reduce the productivity of livestock and poultry and cause liver necrosis, the U.S. FDA has set the maximum residue limit (MRL) of cereals and cereal products to 20 ppb, and the European Union (EU) has set the maximum residue limit (MRL) of edible oil to 4 ppb.

Compared with traditional methods,the Elabscience Total Aflatoxin kit is simple, fast, and sensitive, and is suitable for the detection of large quantities of samples.

Elabsciencefood safety kits are used to detect hormone residues, mycotoxins, toxic and harmful substances and antibiotic residues in feed, food and other sample. It can be widely used in food and drug Administration, health departments, various colleges, scientific research units, agricultural departments, animal husbandry and veterinarians, breeding farms, slaughterhouses, food and meat products deep processing enterprises, inspection and quarantine departments, etc. It can meet the high requirements of consumers for food quality and the scientific researchers to obtain efficient experimental data. The kit is manufactured in accordance with the international quality standard ISO9001.